The extraordinary story of George Augustine, an artist inspired by his Louisiana heritage and Creole culture.

George Augustine didn’t let a 40 year career in technology get in the way of his passion for art. Born in New Orleans, Louisiana, in 1954, Augustine has made his Louisiana heritage and upbringing a key part of the work that he produces.

As with so many great artists in history, George Augustine’s most significant works have come out of dramatic events. In the case of Augustine, this work has taken the form of his Palm Beach series which he began in the immediate wake of Hurricane Katrina, which devastated the city of New Orleans back in 2005. The Creole culture has had a important impact on his range of work. Notably, it has inspired him to take the lives of the people around him into account as part of everything he produces. 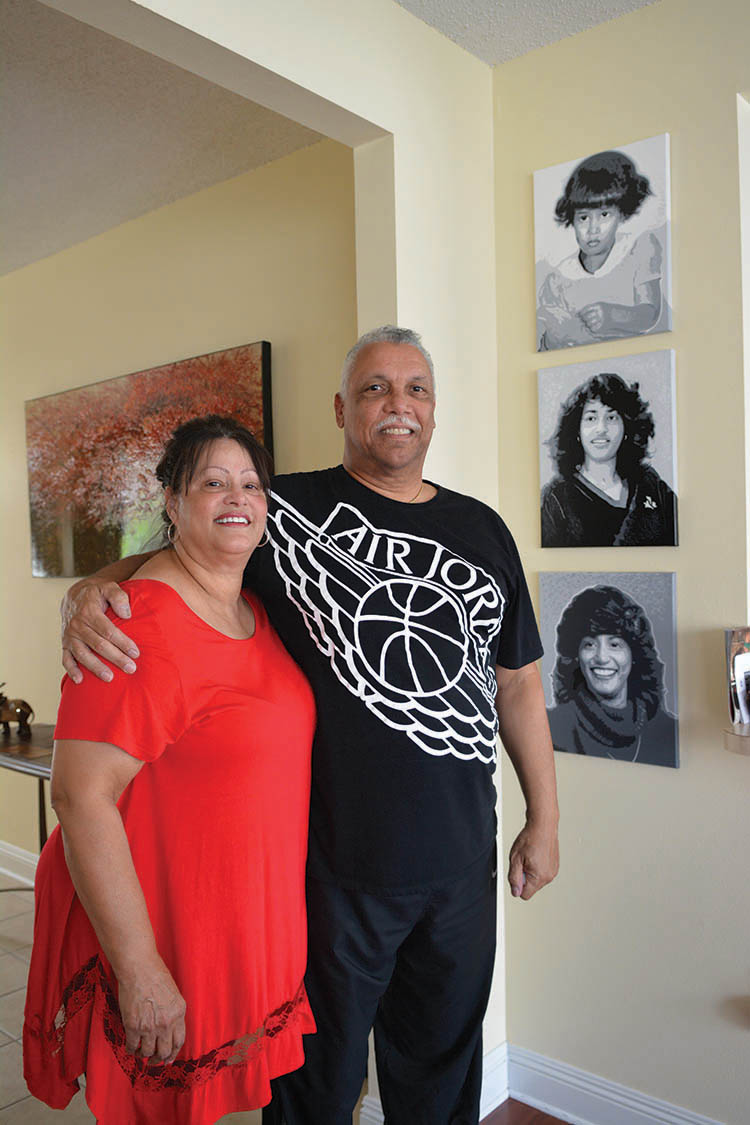 Although Augustine has felt for years that his true calling was to be an artist, for most of his life he has put his career first. Nevertheless, Augustine says that he has been practicing art since “the moment I could first hold a pencil”. Whilst art took a back seat during the 40 or so years that he spent in the corporate world, it was always a major part of his life and a very important hobby. Having put in the hours over many years to provide for his family, George Augustine recently found himself in a position which enabled him to pursue his passion for art and work on bigger and grander projects. Projects that he did not have the time to follow when he was tied to a corporate job.

George Augustine has described the Palm Beach project as a dream come true for him. This is the type of extensive project that he has only been able to take on since he left the corporate world and was in a position to dedicate a much larger proportion of his time to art.

This undertaking has also driven him to more regional success. In 2015, he made the regional semi-final of the Bombay artisan art contest. Augustine remembers the contest well, in particular, the boost it gave to his confidence as an artist. He later explained: “It was the first time I saw my work in a gallery amongst other great artists’ works, pretty exciting”. Whilst it may have taken over 40 years for Augustine to finally see his work exhibited in a gallery alongside other artists. It is clear that he is proud of the work and the effort that he has put in to reach this distinguished position. 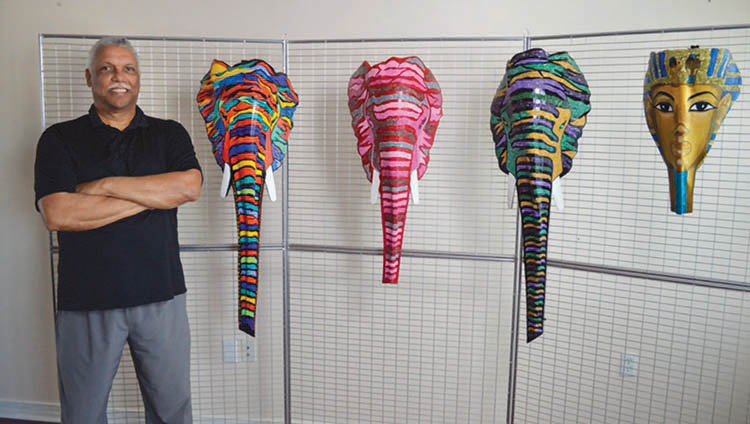 George Augustine next to his Palm Beach Project

The man behind the art

It’s often fascinating to dig a little deeper into artists and get to know the personality that has produced works that we enjoy. Augustine is no exception to this rule and in a recent interview he divulged information about his life, background and the things that inspire his work. Augustine described his daily routine with his tongue placed firmly in his cheek, offering us a picture of a man who is: “Up at 6am, coffee, fake news, then it’s upstairs for creative time. An evening walk, then dinner with Boo Boo Kitty (Sheila), followed by some TV time”. The evening walk is clearly a major part of his routine and it is likely that the sights and sounds that Augustine experiences on these daily strolls feed directly back into his artwork and help inspire him to create new and ever more personal pieces of art.

The interview also provided a glimpse into Augustine’s relationship with his family, who are clearly very important to him. In the interview’s final question he describes his wife as the one person that he would not be able to live without and being around to watch his grandchildren grow up well, are his current personal ambitions.

Returning to Augustine’s personal profile, he names Walt Disney, Norman Rockwell, Michelangelo and Frank Frazetta as the artists who have had the greatest influence on his work. This is a notably varied and eclectic selection of great artists and pays tribute to the broad strokes that Augustine’s work takes. He is an artist who is willing to look far beyond his own personal experiences when searching for inspiration and this has certainly shown in some of his works. This is most notable in those created in the immediate aftermath of the Hurricane Katrina tragedy, that devastated his beloved home state of Louisiana and birthplace of New Orleans.

Augustine is a fine example to any aspiring artist, illustrating it’s worth, by sticking with your passion throughout your life, regardless of any other factors that may intervene. Whilst he was not able to turn to art fully until much later in his life, his long-term interest in painting made it easy for him to grasp every opportunity with both hands when the appropriate moment finally arrived.