Two waves of peoples migrate to the Indian subcontinent in the Paleolithic period, the Indo-Europeans from the north and the Dravidians from the south, who probably arrived via a sea route directly from East Africa.
Discovery of the cave paintings of Bhimbetka in central India (near Bhopal, the capital city of the state of Madhya Pradesh) provides a pictorial view of life over a very long period, earliest painting is from the Paleolithic period, around 30,000 years ago to the Mesolithic period 10,000- 5000 BC. (Figures 1-5)
Early art of the primitive Indians was a grand and sensitive depiction of hunting scenes, ‘taming’ of animals [e.g, riding horses or elephants or even mammoths (Figure 2)], warfare, rulers and ‘religious icons’. These are preserved in this World Heritage site of Bhimketka, which clearly was a site of prolonged occupation by the early Indians. The mastery and skill of these primitive people are beyond imagination.
Art, as we modern Indians see it today, was quite different in the ancient era. We create art for the sake of art, as seen in this modern painting by Raza (Figure 6), whereas, our predecessors made objects and paintings- representing either icons of religious deities, such as the Buddhist bronze statue of a Bodhisattva from Kashmir (India) from the 7th century AD (Figure 7) or depicting that of the rulers and chieftains (kings), or description of one of our many epics.
The dates for Indian civilisation have been gradually and substantially pushed back with discovery of new archaeological findings, as can be seen in the Indus valley civilization, 6000 – 2500 BC. Examples of the Mahenjodaro and Harappan civilisation show considerable advance in township architecture (Figure 8), early writing which has not yet been deciphered (Figure 9), metal sculpture was highly developed as seen in the figure of famous Mahenjodaro dancing girl  (Figure 10). Terracotta figurines of a mother goddess was probably a ‘fertility’ symbol for veneration (Figure 11), the well-known Mahenjodaro bull (Figure 12) and painted pottery from the period (Figure 13) all demonstrate an advanced Indian culture with evolution of art.
After the decline of Harrapan and Mahenjodaro cultures around 2000-1700 BC, ancient art in India was influenced by migration of peoples from Central Asia, Greece and Bactria (Figure 14), mainly in the North Western provinces, which now includes Afghanistan and Pakistan (Indus Valley and beyond). Hinduism was first documented in the Rig Veda (ancient Indian text) around 1500 BC, which was a mixture of the declining earlier Dravidian culture of the Indus Valley and influence of the migrant Arians. The Vedic period lasts until 1000 BC, where Hinduism reaches a peak. This is followed by Jainism 800-500 BC and was shortly followed by the appearance of the Buddha (563- 483 BC, born as a Hindu Prince). The great Indian epics of Ramayana and Mahabharata date between 1200-400 BC. Buddhism is established as an important religion by Emperor Ashoka (300 BC), extending throughout his massive empire from ancient Gandhara region (Pakistan and Afghanistan) in the northwest of

Bhimbetka cave (Figure 1) paintings by early Indians from 20,000-5,000 BC. The rock caves in Madhyapradesh in central India are proof of highly developed artistic skills of these primitive Indians, and also serves as evidence of their ability to control, tame and wild animals, such as mammoths (Figure 2); there are vivid images of animals, hunting, battles, kings or chieftains and religious images (Figures 3-5).

India to Kalinga (Orissa) in the southeast. The pantheon of Hindu Gods and deities, was soon followed by the Jain Tirthankaras and Buddhist subjects from the elaborate jatakas. The artists and devotees attain religious piety by creating and dedicating religious sculpture for temples and shrines. Some of the smaller sculptures were often used in homes in private shrines.
The incredible outpouring of ‘religious’ sculpture was first made in wood, terracotta and metal during the Harappan civilisation (see Figures 10-13); stone sculpture was introduced later during the Mauryan empire, and was strongly influenced by the Greco-Persian influences which followed Alexander the Great around 333 BC (Figure 15 – Emperor Ashoka’s Lion capital, now used in the Indian flag).
Both, the modern cities of Patna (ancient Pataliputra) and the holy city of Benares, are on the River Ganges and have had a continuous human civilisation for 4-5000 years. Limited number of sculptures has survived from the Mauryan period, but the religious and sculptural traditions formed at the time of King Chandragupta Maurya and his grandson, Emperor Ashoka, showed an advanced sophistication in stone sculpture. Examples of Yakshis (goddess of fertility or sometimes known as ‘tree spirit’) survive and one in the Patna museum, the Didarganj Yakshi is made from highly polished sandstone (Fig 16). Important Hindu and Jain temples, and Buddhist ‘stupas’ were constructed from stone and brick, as seen by the preserved ruins of the Sanchi Stupa in central India, presently in the state of Madhya Pradesh. Extensive and exceptional quality of stone sculpture can be seen on the stupa, which is surrounded by ‘torana’ gates adorned with fantastic sculpture of Yakshis and animals (Figs 17 -20).
After the Mauryan empire, came the Sunga dynasty which flourished in northern India, the ruins of Bharut stupa was discovered by Lord Cunningham, who transported the majority of the monuments to the Indian Museum in Kolkata in the mid-1800s (Bharut Yakshi, now in Kolkata Museum, Figure 21). Kushan dynasty (1st BC- 3rd AD) was formed by migrants from Central Asia, who adopted all the three major Indian religions. The Kushan kings established a western capital in the ancient Gandhara region, Taxila, where the sculpture resembled a Greco-Roman style (Figures 22-23); the same empire had another ‘eastern’ capital in Mathura (near modern Delhi), where the art form was totally languid, sensual and completely ‘Indian’ (Figures 24-25). The Hindu, Buddhist and Jain religions borrowed from each other and developed a unique religious art form which flourished over 4000 years and continues to evolve.
The Gupta dynasty (400- 600 AD) was know as the ‘Golden Age’ for religious sculpture (Figures 26-27), paintings (Ajanta caves), science, poetry, astronomy and mathematics. The beautiful fresco wall paintings from the Ajanta caves (2-5th AD)(Figures 28-29) had introduced ‘perspective’ in paintings, which was not seen until a 1000 years later during the Renaissance period in Europe. During the Kushan and Gupta dynasties religion and art were ‘exported’ to China, Cambodia & Laos, Thailand, Vietnam, Indonesia, Sri Lanka, Korea and Japan (to the whole of the Southeast Asia). These influences were not spread by conquest, war or domination, but via the teachings of the Hindu and Buddhist philosophy.
Religious art in India continued to evolve through early, middle and late medieval periods until the 12th AD, it was the Muslim invasion of India which delivered a fatal blow to the development of Hindu, Buddhist or Jain art in Northern India, however, the religious art kept evolving in the South. The empires of Amravati (Satvahanas dynasty- 2nd BC- 2 AD), Pallava (7-8th AD), Cholas (9-13th AD) and Vijaynagra (13-17th AD) dynasty are some of the well-known kingdoms who contributed greatly to the development of philosophy, art and literature. Ancient Amravati had trade links with Rome and exported art and culture to the whole of Southeast Asia (as seen in temples of Ankor Wat in Cambodia). The Chola dynasty developed a tradition of spectacular bronze sculptures (Figure 30), which influenced even Rodin.
In medieval India the growth of Hindu and Jain temple architecture flourished with spectacular facades full of sensual figures depicting the colourful Hindu theology in stone, as one can see in Khajurao in Central India (Figures 31-32). These well-preserved temples are also known for the erotic sculpture.
Muslim art and architecture produced innumerable jewels in India, such as the monumental Taj Mahal and numerous Moghul miniature paintings (1400-1700 AD).
Europeans came to India, the Portuguese were the first to stay in Goa (1400-1953), the French in Pondicherry and the British came to Bengal (East India Company, Calcutta: 1700-1947) and then ruled India for over 200 years. Clearly, these cultures influenced the development of modern art, such as the Bengal School of modern art. Rabindranath Tagore (poet, playwright, song writer and philosopher) was the first non-European to receive the Nobel Prize for Literature in 1928, and established a ‘back-to-roots’ university (Santiniketan) in Bengal where ‘Indian Modernism’ developed (Figures 33-34). The man who first took a step towards establishing Indian ‘modern’ art was Abanindranath Tagore (the Poet’s nephew) and the first Principal of the college at Santiniketan (Figure 35). Others followed suit soon after and established the Bengal School of contemporary art, which is well known even outside India; examples of these outstanding artists are Nandalal Bose (Figure 36), Jamini Roy (Figures 37-38) and others.
The scope of this article is to provide a flavour of Indian culture via the development of art through the ages. I have not dealt with the modern and the developing arts of the present era, this will require a future article. 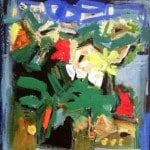 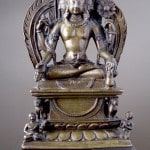 Figure 14: Bactrian Bronze rhython or drinking vessel in the shape of a ram’s head and shell inlay: 1000-600 BC.

Fig 15: Ashoka Lion Capital found in Sarnath near Benares (India) was placed on top of stone pillars and was found all across the vast Mauryan Empire, such as Afghanistan, Nepal and throughout India. The 4 lions, the inverted lotus flower, and the 4 animals between the ‘chakras’ are Buddhist symbols that represent the ‘Buddhist Dharma’ (the ‘Middle path’). This symbol has been adapted for the center of the Indian flag: 250 BC. Photo: Emma Brown

Fig 16: Didarganj Yakshi is one of the most important ancient Indian stone sculptures from the Mauryan period (Patna Museum); the surface is highly polished and reflects an amazing technology in these early times: 300 BC.

Figures 17-20. Images from the Sanchi stupa, a World Heritage site, was built by Emperor Ashoka’s wife and was also a place of Ashoka’s wedding. This amazing stupa was not destroyed by the Muslims, and has spectacular sculpted stone friezes representing life and preaching of the Buddha. The famous Yakshis on the ‘torana’ gates are world famous: 300 BC.

The Yakshi from Bharut (discovered by Lord Alexander Cunningham in 1873 and the temple complex was moved to Kolkata museum: 200 BC.

Figs 24-25: Railing pillar (mottled red sandstone) from a stupa showing a voluptuous Yakshi on one side and a lotus on the reverse (Mathura, near present day Delhi): Kushan dynasty, 2nd – 3rd AD.

Fig 26: Sarnath Buddha from the Gupta period. One of the finest sculptures in India: Gupta Dynasty- 400-500 AD.

Ajanta caves (200 BC – 475 AD) are a UNESCO World Heritage site. There are Buddhist, Hindu and Jain caves with elaborate statues and painted wall and ceiling frescos. These paintings from the Gupta period are the best example of painting of that early period (Figures 28-29).

Chola bronze statue of Shiva and his consort Parvati. The bronzes from that period are unique and great examples of high quality of metal casting: 9th – 12th AD.