Soraya Abu Naba’a is a woman with two nationalities within her family. An artist by trade, she explores the cultural divide and the relationship of these components, from Haiti and the Dominican Republic.

The Caribbean island of Hispaniola is viewed by the outsider as one location with two nations. While that is true in a political sense, with Haiti occupying the western half of the island and the Dominican Republic the eastern half, artists like Soraya Abu Naba’a have used art to perfectly capture the cultural divide that exists on this island, and goes unseen by many who view it only on a map.

Born in America, Raised in the Dominican Republic, with Haitian Roots

Soraya Abu Naba’a is similar to many mixed-race people around the world. Her background is a complex and rich combination of different cultural heritages that have come together to form the soul and passion that drives an individual. Soraya was born on August 23rd, 1985, in Melbourne, Florida in the United States. Her father was a Palestinian, and her mother a Lebanese woman born in the Dominican Republic.

Although Soraya was born in the US, she spent her childhood living in Santo Domingo, the capital city of the Dominican Republic. While growing up in the Dominican Republic, she came to realize the very real difference between two sets of people that share the same chunk of land in the Caribbean Sea.

Soraya exhibited a gift for drawing and painting from a young age. Her art career started as a simple hobby at the age of 8. Her mother first took her to two drawing classes, and that was enough to spark the flame. When she finished schooling at home, she attended the Paris American Academy in France. While she was there she earned a Bachelor of Fine Arts, pursing a course of study focused entirely on painting and drawing.

Dedicated to Her Craft

Soraya doesn’t simply walk into her studio and pick up a brush. She first looks for inspiration for her colours, which most of the time is the result of a visually pleasing combination of cold and warm. Though she admits she’s not trying to draw a connection between her Caribbean heritage and the colours in her paintings, she admits that those warm tones often work well in her pieces because the contrast between warm and cold creates visual appeal.

The average work of art she produces can take months to complete, but the work of putting brush to canvas typically takes a minimum of two weeks. This doesn’t include the 8 hours a day she spends perfecting her craft. Soraya’s explanation:
“Yeah, because I paint where I live so it’s pretty easy to just put on my dirty clothes and that’s it. I even try sometimes, if I know I have things to do outside, I try to do it when there’s no traffic but I can be painting any time before lunch, after lunch, after dinner, midnight. If I have a project, it becomes crazy”.

Soraya wasn’t born in Haiti, and didn’t grow up in Haiti. However, she feels the soul of the creole culture from the other side of Hispaniola through her family roots. Her grandmother was born in Haiti and speaks creole fluently. Though her grandmother fled the unrest and turmoil of Haiti years ago for the Dominican Republic, she brought her culture with her and imparted it to Soraya.

In preparing for a new exhibit of pieces, Soraya went back the Dominican Republic to explore the cultural divide that separates Haitians and Dominicans. Her first stop was the border area between the two countries. Why?

Soraya sees the island of Hispaniola, and the nations of Haiti and the Dominican Republic, as excellent inspirations for paintings and drawings on the divides of mankind. She explains that though there is a rift between the nations because they don’t have the same culture, they manage to live together and depend on one another. As she puts it:
“We depend on Haiti for our labour force, and they depend on the Dominican Republic for goods. So, they can fight if they like, but they can’t live without each other”.

Among the many pieces of artwork she has crafted that explain the divide, two stand out. In one, three individuals are featured riding on the same bike. Soraya points to this as just one way of looking at the cultural divide between Haiti and the Dominican Republic. They all have to fit on the bike and work together to make it go. If not, failure is bound to be the result.

In another painting, she depicts a scene with 15 different people of all different nationalities in the back of a pickup truck. The truck in her painting represents the island, and the ability of the people to fit in the bed of the truck is indicative of the relationship between both halves of the island. An interesting note to this artwork, she points out that many different nationalities are depicted because the Dominican Republic has no native population in truth. Many people are Dominican or Haitian, but as she puts it, “the Dominicans might be like us Arabs or Europeans, from every nationality”.

Continuing to Pursue her Career

Soraya might be a young artist, but she is far from an inexperienced one. She is approaching her 46th exhibition. Many of them have been in Miami, Florida in recent years. After taking part in a number of group exhibits, she is striking out on her own in solo exhibits with greater frequency now, and looks forward to taking her art around the globe. 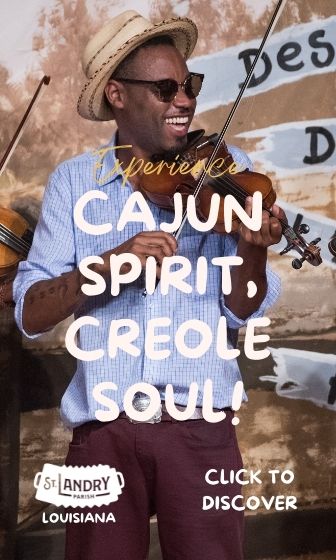