“I do not know which to admire the most; your courage in defying the tendencies of modern art or the skill with which you have done so.” Thus wrote Lord Kenneth Clark at a time when Lord Clark, having just launched his universally acclaimed series, “Civilization”, on UK television, was considered one of the supreme voices in the art world. Lord David Eccles, Minister of the Arts, wrote just as enthusiastically, addressing many admiring and encouraging letters to the artist, as indeed did Professor Sir Anthony Blunt, who was then the director of the Courtauld Institute of Art where he hoped Christian would one day exhibit.

Anthony Christian is known to many of the most famous collectors of our day, and his work hangs in several of the world’s most prestigious collections; he is even on the art curriculum of some schools across Britain. There are many among his admirers who believe Christian’s work will have as much impact on art as did the work of Pablo Picasso in the last century. Most people who see his work agree that his name belongs in the ranks of the great masters of Western art, whom he studied and by whom he is much inspired. But as one very famous Old Master dealer put it: “Anthony Christian does not copy the old masters, he is a natural continuation from them. And he is by no means an old master himself, but very much a modern one!” 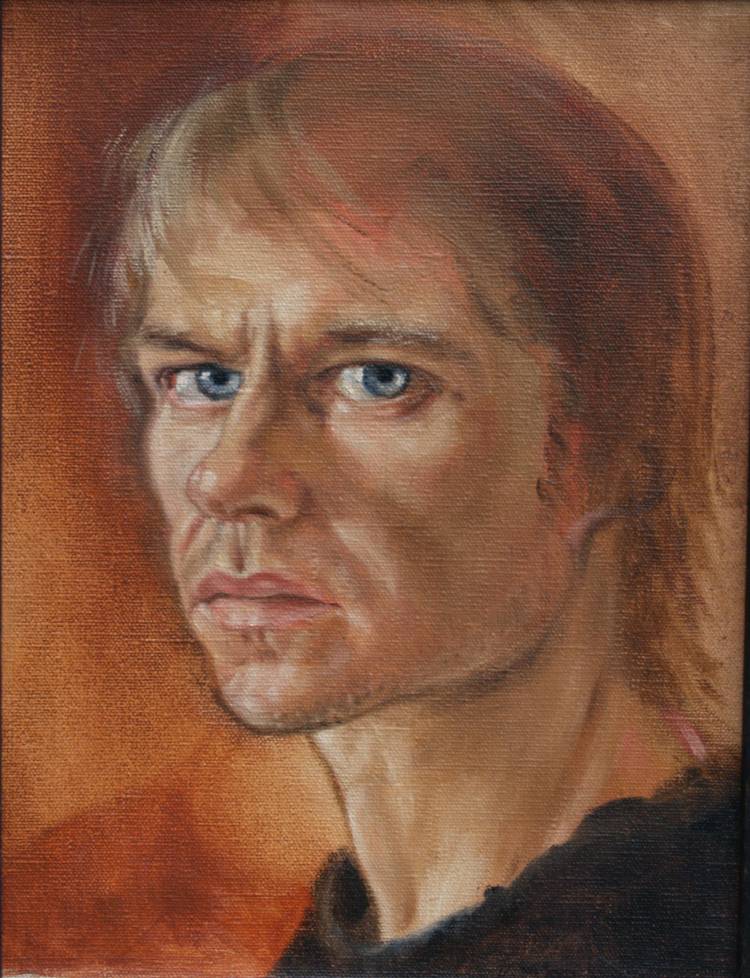 Why is it then that most people have never heard the name Anthony Christian, let alone seen any of his work? The answer lies in Christian’s reluctance to work within the “system”, combined with an indefatigable wanderlust. As soon as he started establishing a reputation anywhere he moved on, almost as if deliberately avoiding the trappings of recognition and success. His convictions with regards to the commercial side of his metier caused him to fight shy of the standard gallery path, although it might have made his life a lot easier and would certainly have allowed his work to be known by a far greater audience. He chose instead a path fraught with difficulties, disappointments and frustration. However that might be, it was a path that also, due entirely to the power of his work, allowed Christian to realise dreams of success and material freedom most artists can only dream of.

A successful portrait artist for some fifteen years, Christian came to know the famous, the rich and the royal, one of his last commissioned portraits being of Lord Mountbatten, who so loved the portrait he gave it to the Queen, and commissioned Christian to “portray the entire Family!” Unable to see himself as a Court Painter, and seeking a more adventurous raison d’etre for his art, Christian left England soon after. After “retiring” from professional portraiture, he preferred to reverse the roles somewhat by selecting his models and paying them to sit for him, but it was from among his ex-sitters he found the first collectors for his new works. The beauty of his art then spoke so loudly upon their walls that it was not long before their friends wanted Christian’s paintings and so, by word of mouth and with no publicity at all, in fact with none of the hyperbole now generally used to promote artists, Christian gained a very strong reputation and the freedom to work wherever and however he wished. Once, looking through a book of reproductions of Christian’s work, Gore Vidal said to the artist, “There is not one single work in this book I would not love to have on my wall. Oh, and Paul Newman wants that one!” he added, pointing out a work that was sadly already sold. Goldie Hawn, the iconic film actress, on seeing the book, said she wanted to buy one. “In fact it’s simply too beautiful to buy one,” she exclaimed, “Can I buy two?” That is typical of the excitement generated by this “unknown artist’s” work.

Anthony Christian possesses the extraordinary capacity to create with equally dazzling facility – and more important, evident deep emotional commitment – portraits, still-lifes, nudes, interiors, drapery studies and compositions and landscapes, especially landscapes centred around trees. Christian has certainly created the greatest collection of tree drawings in British art history, possibly world history. Although he rarely accepts commissions, Christian still paints portraits as he loves the magic of a, “Life appearing before you expressed in a face,” as he puts it. But they are usually portraits of his wife or friends. Those who see these lovely works still refer to him with ease as one of the great portraitists in Western art.

Last but by no means least, Christian is a supreme draftsman, second to none in our epoch. One could easily be forgiven for believing his oeuvre to have been created by at least six artists, except that his colours, his compositions, even his choice of and obvious commitment to each of his subjects is so personal that it surely comes from one extraordinarily gifted hand.”

And so what could possibly be written now to make it clear that this isn’t in fact just more of the very hyperbole-to-promote-an-artist as mentioned above? A very long and wonderful, albeit at times heart rending, story has to be cut short to bring the narrative to a happy conclusion. After spending a number of years on top of a South Indian mountain, Christian decided the promise he had made to London had been fulfilled, and it was time to return, to solve the enigma and unveil the mystery he soon discovered he had become.

To Christian’s chagrin he discovered – although it was not really so surprising after an almost thirty year absence, but Christian, like all “mad geniuses” is somewhat impervious to time – that all his fans and supporters were long passed, and a new phenomenon existed called the Internet, which even prevented him from being able to contact the many people who were left whom he knew would support him and help his amazing body of work to arrive where from ten years old he had planned to show it, the Royal Academy.

By now in his sixties and having had countless experiences few people in history had come even close to, having been admired and praised the world over by kings and those at the top of the world most of his life, Christian had become incredibly demanding and discerning. If he was going to “out” his life and life’s work, it would have to be with someone very special indeed. Of course, many galleries and dealers crossed his path; but while they were all astonished by Christian’s work and wanted to work with him, they were all too often overwhelmed by the artist, his history and his work, and simply didn’t know where to start or how to go about introducing a living legend to the world. Worst of all, and this is what was meant by Christians having become demanding, Christian didn’t happen to like any of these “art world people” as he called them, and he simply insisted that liking, loving, and being compatible with, whoever he found to work with, had to be a part of the process.

In the end, it took an astonishing and really quite shocking eighteen years before Christian met someone he knew instantly, psychically and through half a century of experience, was the “right person for the job.” Someone who understood him from the moment they met, and who would be capable of finding an intelligent – but also very exciting – way to introduce him back to the city of his birth, in a way that the work simply demands. Beauty having been his artist’s obsession all his life, he was simply over the moon to discover the gallery to whom he became instantly committed was called “Zari,” the Swahili word for beauty.

The Zari Gallery team, Anthony Christian and his wife Fanny, a formidable artist in her own right, spent happy hours together becoming very real friends. But they also became one of the most prodigious teams in art history, and plan things that will have London hopping. “Why,” Christian asks, “should an art exhibition cause less joy and excitement than a Beatles concert?” Of course, it shouldn’t, and the Zari Team are now committed to show London – to begin with – how art exhibitions can indeed be as electrifying and inspiring as rock concerts, as they begin to unravel the art of Anthony Christian. The reason he will become known forever, not only as the great artist he is, but for his uniqueness in art history, which will also be revealed by Zari, over the coming months. London has in its immediate future, one of the most wonderful, colourful and exciting art experiences in its history, presented at the Zari Gallery, starting this August, 2018.