From Cuban documentaries to teaching in the Seychelles, explore the journey of Didier Mauro, a genuinely extraordinary filmmaker with more PhDs under his belt than your average surgeon.

A remarkable filmmaker, Didier Mauro is far more than just simply an academically enthusiastic individual. From his impressive list of achievements (more than 100 films) to his current dedication to educating others on how to create exceptional movies, there’s little that’s ordinary about this fascinating figure, who has committed a part of his life to the art of creating and teaching filmmaking in its many forms.

Mauro’s education history began, like his Sicilian grandfather Orazio, as a building – worker. Then he was student (working during the day and studying in the evening) in the French university of Paris III – Sorbonne, until he supported a first PhD thesis in Cinema. These studies associated economics, African history and psychosociology, and a master in ethnology and comparative sociology. Carrying three PhD, in not only Cinema, but also Theatre and Performing Arts, when it comes to an understanding of the very nature of film, there are very few individuals more qualified. 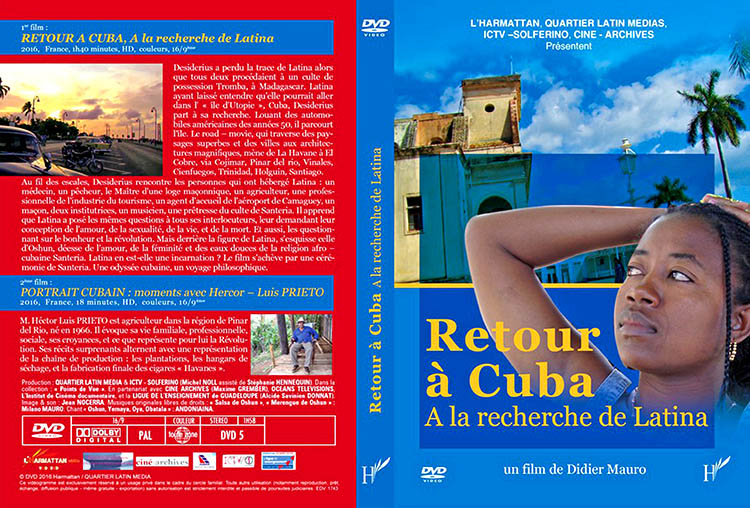 Film “Back to Cuba in search of Latina”

Often described as a sociologist of the arts, Mauro has a long and storied history of creating film influenced by authors such as Bunuel, Fellini, Godard, Marker, Vertov, and also inspired by his personal history and lifestyle. Including movies based around mainly Madagascar and Cuba, but also in many countries of Africa (such as Benin, Congo, Ghana, Mali, etc.), and Asia (Bangladesh, Indonesia, Vietnam, etc.). This is in addition to the multiple published books under his belt, including the popular Madagascar, l’encyclopédie du voyage (Gallimard), Praxis du cinéma documentaire (Publibook). Overall, adding up to an impressive library of influential sociology-focused artwork.

A practitioner of documentary and experimental cinema since 1979, Mauro is uniquely placed to offer his skills to the next generation – something that he has committed to with his film courses through the National Institute of Audio-visual, as well as the University of Paris III – Sorbonne Nouvelle and the Ligue Française de l’Enseignement. Providing future generations with the tools and insight they need to create truly exceptional films.

Beyond these teachings, Mauro has also dabbled in the creation of the West-Indies Cinema Workshop (programmed every year since 2012 in Guadeloupe) and the recent Seychelles-based Indian Ocean Cinema Workshop, providing students with the insight they need to become better filmmakers and artists in their own right. Based on the concept of helping students to learn valuable skills beyond school, Mauro’s latest initiative is offering a connection to the arts for students that may have never even considered the world of cinema before his input.

According to Mauro, “The idea is that [we] have two kinds of students here, in Seychelles. We have people who never made anything in video and cinema and so on. Others are people who have practised. They learned by themselves. Mainly they did’t go into any kind of schools.” For a teacher more used to a classroom setting, this departure from the norm is something entirely different from the cinema master.

While scholars and educators might consider Didier Mauro’s place to be amongst the most talented stars within his classes held everywhere he teaches, it’s clear that there’s plenty of opportunity beyond the academic walls. The Indian Ocean Cinema Workshop is an action germinated with M. Gérard Le Chêne, Consul of the Seychelles in Montréal (Québec, Canada) in 2017, during the international film festival Vues d’Afrique. In Mahé, with the National Art Council, as well as the Cultural Service and Seychelles Broadcasting Corporation, Mauro devised a new way of teaching based on his long experience in the West Indies.

According to Mauro, who is also the international relations officer of the Mission Cinéma Caraïbes, what was quite interesting about working between Seychelles and the West Indies is “The way in which the Seychelles are linked to West Indies by a Creole identity ”, allowing him a cultural snapshot of the differences and similarities between the two locations. This fascination manifested itself in two individual workshops between the two destinations, six months apart.

Beyond offering a more hands-on approach to students, Mauro’s latest workshop is highly selective when it comes to attendance, with staff capable of hosting no more than twenty students at one time. As Mauro explains, “During the big sessions we mould twenty together, and in moments we are beginning to feel that coming back”, referring to his choice of twenty students in past iterations of the workshop also.

A large part of Mauro’s motivation to continue work in the West Indies and Seychelles is thanks to open windows and grant possibilities to students who may otherwise feel “the door is shut to them”. He explains that his workshops help to facilitate opening those “windows”, describing the process as: “I open the door. I open windows. I ensure most people acquire the knowledge, and then, that’s my way to give some freedom to creativity … it’s time and time and time to learn the technique, which is similar to painting and drawing. Making music. Making movies”.

For those still unsure about Didier Mauro’s motivation towards to Seychelles since 2018, you only need to look back on his fascinating history to learn more about the forces that drive him forwards and to increasingly more exciting and unique destinations. With past, experimental films focusing on Madagascar (such as the series Madagascar l’autre voyage) and Cuba (like Back to Cuba, in search of Latina), as well as his experiences in many other countries, it’s clear that as an artist Mauro is inspired often by his immediate surroundings.

A strong example of this inspiration is his years in Madagascar, with Mauro describing his time there as “Developing sectors such as culture, movie making and also education”. As representant of the French National Institute of Audio-visual (INA), he organized the preservation and conservation of the audiovisual heritage of this very country. Much of his motivation is based upon his perception of life in these locations, from the “Corruption of the mind” in contradiction with the “Depth of the history and culture” in Madagascar, to the cultural intrigue of Cuba and Latin America.

There’s little that Mauro doesn’t know about the countries he’s invested so much time in, leaving him able to freely discuss a variety of topics – from poverty to health, corruption to religion – based on his vast knowledge and great insight. This, combined with his filmmaking expertise, is sure to provide the students numerous benefits from his new workshops, with a wealth of knowledge and insight that just can’t be bought with standard education.

According to Didier Mauro, the purpose of his latest involvement with Seychelles is to push his students further – to connect with and search for “The real, the dream, and the irrational in magic system, here in the Seychelles”. Based on his track record, his commitment to local culture and his ongoing passion for his work, it seems likely that his project of establishing in Mahé the international headquarters of the Tropics Cinema Institute he has created, will be yet another success from a Master of film.

Film Back to Cuba in search of Latina

Masterclass Filming with a cellular phone