Music has an inescapable connection to the culture and heart of St. Landry Parish.

The musical diversity of the area, including the influences of differing peoples, styles and joie de vivre can be narrowed to two distinct types: Cajun and Zydeco. Both genres incorporate similar elements and have a history of sharing influences, instruments, and styles, but while their histories are intertwined there are aspects of both that distinguish one from the other.

In the words of internationally-recognized journalist turned tourism director of the parish, Herman Fuselier, “Simply put, Cajun music is the waltzes and two-steps played by the white descendants of the Acadians, who were exiled from Nova Scotia in the 1700s. Zydeco is the R&B based accordion grooves of black Creoles.” While we may be tempted to leave the discussion there, the history of zydeco is not quite so black and white. As Fuselier notes, “Culturally, Cajuns and Creoles have borrowed and influenced one another over the years. It’s that colorful mix of music, food, language and culture that makes life here so delicious.”

Zydeco and Cajun music, as they are known today, both lend their origins to the Depression Era Creole drifter, Amédé Ardoin. Ardoin’s soulful renditions of “Two Step de Eunice” and “Madame Atchen” accompanied by Cajun fiddle player Dennis McGee and sometimes Douglas Bellard were some of the first recordings of traditional Acadian music. Ardoin’s accordion playing and distinctive, mournful sound are legend and speak to the desperation but also tenacious hope of the time.

“Yeah little doll, you’re leaving again,
Repeating everything you’ve done to me,
You’re beautiful even though you’re gone,
You’ve made me heartbroken.”

These lyrics from Ardoin’s “Two Step de Eunice”, from a time when the world was fraught with economic crisis and mounting racial tension, heralded the universality of heartbreak and forced listeners to two-step their worries away. The traditional music of Acadiana from the Cajuns and the Creoles existed before Ardoin, but after him it was able to be refined and distilled into the genres that they are now famous for.

A 1,500 lb. steel statue commemorates Ardoin’s descendants’ efforts to bring the musician home from his burial place in an unmarked grave at the Central Louisiana Hospital. The tragedy surrounding the musician’s death is a scar on history. Atop his accordion with lemon in hand, his statue depicts the musical legend and is open for the public to experience at the St. Landry Parish Visitor’s Center. If you stay long enough, you’ll be able to hear Amédé’s Creole French love songs as he calls for his “Jouline”, a song he’s been singing for almost a hundred years now.

Though the stage was set by Ardoin to bring Creole music and traditions to the forefront of the public eye, zydeco music wasn’t known to the world at large as “zydeco”, until musician and singer Clifton Chenier popularized the term despite where the actual first instance of zydeco music began.

The “King of Zydeco” came into public awareness from the 60s to the 80s and would have been around four years old while Amédé was immortalizing his first song. He brought with him all the authenticity of Creole culture, from the heart of Acadiana, Opelousas, an area already lauded for its perfectly seasoned food. From the land of sweet potatoes and seasonings, he took the accordion skills from “La La,” Creole house party music, and merged it with the blues, jazz, and R&B of the time.

Chenier’s music put Opelousas on the map as the Zydeco Capital of the World, and his late 70s song “Bogalusa Boogie” is listed in the National Recording Registry for its historical and cultural significance. In 1984, the last jewel was added to the crown of the “King of Zydeco”. Chenier earned a Grammy for his album I’m Here! But would die three years later of kidney failure. 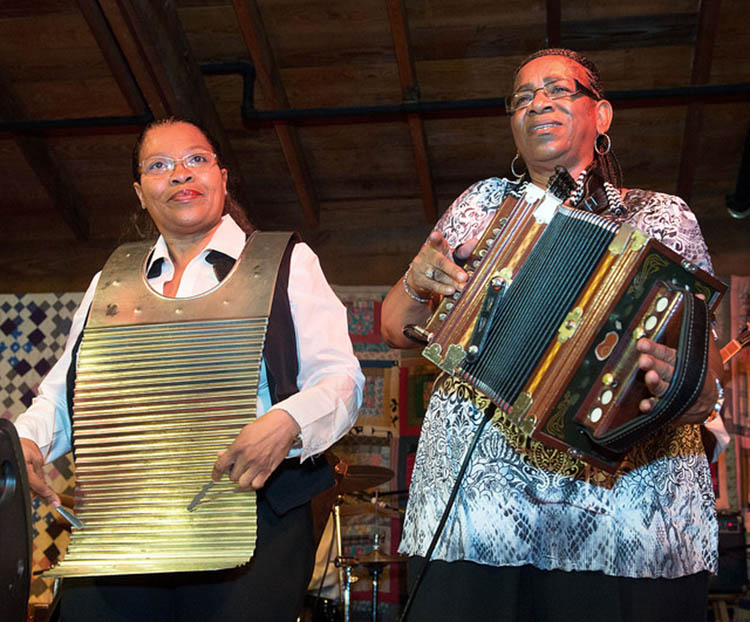 Chenier brought zydeco to the contemporary era with his masterful meshing of the traditional with the new. He continued this trend by innovating the worn frottoir, a washboard that could be worn over the shoulders. Traditional zydeco music incorporates the tin frottoir, the ‘tit fer (which translates to “little iron”, which refers to the triangle), accordion, and fiddle. Though the fiddle has for the most part been phased out of modern zydeco and replaced by the guitar, the high-pitched stringed instrument still retains its place in Cajun music.

An undeniable similarity that began at the very beginnings of the Cajun and zydeco genres and flows so easily through the various renaissances both types of music have seen over the years, is the intent behind the music. These songs were designed to inspire movement to get people dancing and forgetting the woes of the world around them. When you dance to the country-leaning songs of the Cajuns it is either to a fast-paced two-step or the languid twists of a waltz while zydeco music stands today as a rhythmic testament to the “La La” house dances of black Creole sharecroppers whose origins date back to the 1800s.

There is still more to discover about zydeco music and the Creole way of life. A more complete history can be found in the Creole Heritage Folklife Center in Opelousas. And if you are curious to hear the music of Amédé Ardoin, an archive of his music can be found on YouTube. Of course, zydeco music is not meant to be just heard. It is meant to be experienced. You can find information about the Creole Heritage Folklife Center and zydeco events happening in St. Landry Parish at CajunTravel.com. 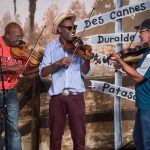