The modern band, DS4, with its roots planted in the deep soil of music history performed at the Crawdaddy Music Venue, Richmond Upon Thames in England, United Kingdom on 26 October 2018.

DS4 is headed up by veteran music writer David Sinclair, who’s looking forward to revisiting the home of London rock & roll with the Mendoza Brothers (Jos on bass, Rory on drums). They’ll be joined by lead guitarist and backing vocalist Geoff Peel, who rounded up DS3 a couple of years ago. Special guest Laurie Garman will add an extra wash of deep blues with his harmonica. 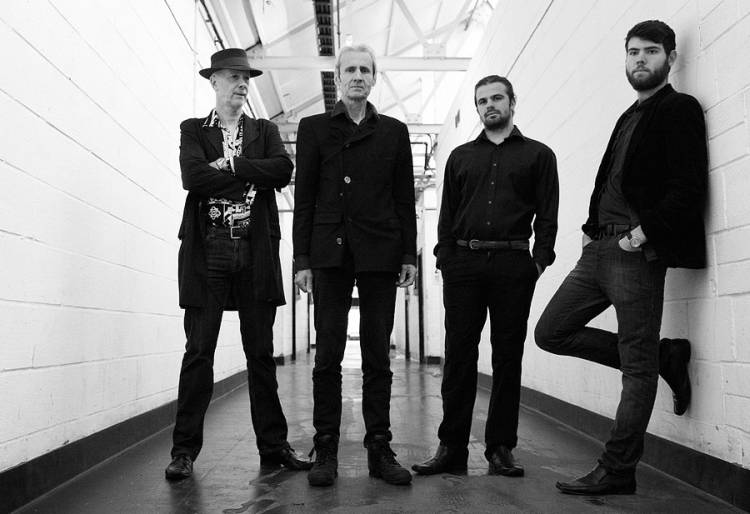 The evolution of David Sinclair

Although their music benefits from bluesy overtones, even fans of DS4 struggle to pin down the exact genre of the band. David Sinclair’s style is influenced by his lifestyle fusion: a love of old-fashioned sound combined with a keen interest in the ever-changing music industry. In his own words, he plays, “Anglo-Americana electric guitar band; singer-songwriter rock & roll,” which sounds about right to us.

He’s been immersed in the British music scene since the 70s. While studying at Warwick, he wrote music reviews for the University newspaper (as well as DJing the campus radio station and playing in a few student bands). His experiences shaped his tastes for decades to come, he says, “The best show I saw during my time at Warwick was by the Sensational Alex Harvey Band. That gig stays with me to this day.”

Sinclair returned to his literary calling when he sent a piece into tech mag ‘One Two Testing…’, who published (and paid) him six weeks later. TV Smith’s Explorers then got a break which benefited him unexpectedly: the band got booked for ‘The Old Grey Whistle Test’, and Sinclair landed a research role for the BBC, digging up info for music programmes like ‘The Rock n Roll Years’.

“I learned how successful musicians behave and what they are like,” he said of his time at the Beeb. He certainly enjoyed a good view of fame: Morrissey, George Michael and Bill Wyman were among many stars with whom he rubbed shoulders.

In ’85, Sinclair took on the role of pop critic at The Times in London and his journalistic career started in earnest. Ever since, Sinclair’s been up to his neck in the capital’s rock and blues scene, contributing to Rolling Stone, Billboard, Q and Kerrang! as well as the newspapers.

Eclectic publications mean varied subject matter, and Sinclair’s by-line has appeared above hundreds of dryly witty pieces featuring the likes of Celine Dion (“the vowel-wobbling queen of candyfloss pop”) and the Corrs (“extraordinary in ways it would be rude to fully explain”) as well as big bands like Pink Floyd (“one group for whom the enhanced audio medium of CD might have been invented”) and ZZ Top (“blithely impervious to the ravages of time”).

As well as journalism, Sinclair set his pen to longer-lasting prose. Thrice published as an author, he’s released Tres Hombres: The Story of ZZ Top (1986); Rock on CD – The Essential Guide (1992); and Wannabe: How the Spice Girls Reinvented Pop Fame (2004).

Not long after this third book hit the shelves, Sinclair started heading a band of his own. “Sitting on the side-lines is all very well,” he says, “But centre stage is where it’s at.” He wrote some songs, he explained, and then put a band together to record them. “The song always comes first.”

Sinclair’s years as a tune-enthralled wordsmith prepared him well for a life of song-writing. He’s seen or listened intently to, “Virtually every major act since the 1960s and quite a few besides,” as well as meeting lots of them. “You get a sense of what works. And a few ideas.”

Sinclair’s has now generated five albums of tight metre and rhyme, most recently alongside George Peel. Their lyrics are original but heartbreakingly familiar to those of us who’ve lived and loved the same scenes as the two writers. Backed up by a rhythm section who clearly share the pair’s vision, the songs are an old itch to be scratched.

Sweet Georgina, the fifth of Sinclair’s albums (following ‘Hey’, ‘Three-wheeling’, ‘Take me There’ and ‘4’) was released in May this year. Its eponymous track is a catchy memoir with lyrics that verge on world-weary (“Birds can fly, they got a plan/Most bands die in the back of a van”), threaded with the upbeat memory of a vivacious groupie. “She’s the patron saint of rock & roll bands,” says Sinclair, when asked about Georgina. “She’s a sweetheart and a muse.”

The album received a warm reception (“Glowing, in fact,” Sinclair admits), which is suitable considering DS4’s continuing progress as a group. Sinclair explains that the improvement in musicianship and production has led to an evolution in style. “The band has gone from a rough and ready trio to a more versatile and sophisticated four-piece,” he says, “I like to think that the musical ideas and lyrics have always been strong. Now they are better realized.”

As is expected in a Rock & Roller, Sinclair indulged in pre-stage rituals before standing up at the Crawdaddy. “Put on blue suede shoes. Tune up. Rock!”