An intriguing mixture of cultures, languages and religion, Victoria, the capital of the Seychelles, is a vibrant, intriguing place that blends ancient traditions and magic with modern technology and industry to create a city that’s packed full of contrasts, surprises and delights. As Victoria celebrates its 240th anniversary, it’s timely to take a look at this engaging location, discovering more about a settlement that is a rich melting pot of cultural diversity.

The island on which Victoria is situated, Mahé, was originally claimed by the French, way back in 1756. Victoria was founded by the French later in 1778. Early on in its history, it was a popular location for pirates – legend has it that treasure is still to be found somewhere in Victoria or its surroundings, originally buried by French pirate, La Buse. The colony continued to grow, but was eventually taken over by the British in 1814, following the Treaty of Paris. It continued under British rule until 1977, when an uprising among local people led to its eventual independence. Following a period of rule by a single political party and president, a more democratic system of government was introduced in the 1990s. Today, Victoria and Mahé continue to be governed democratically.

French and British settlers were not the only nationalities that visited and settled in Victoria. Under British rule, slavery was abolished, leading freed African slaves to settle on the island. Over the years, immigration from several countries has led to a varied culture, underpinned by British, French, and African influences. The diversity of Victoria and its environs is one of the most appealing aspects of the city. From the range of languages spoken through to its local cuisine, architecture and arts, Victoria is a beautiful reflection of its history and heritage.

The main languages spoken in Victoria are English, French and Creole (a modified form of French: patois). Although having many similarities to French, Creole is subtly different. It is also distinct from the patois found on other islands – for example Haitian Creole is not the same as that found in Victoria. Some keywords and phrases for visitors who would like to try and speak a little Creole include: “allo” (“Hello”); “plezir” (“Nice to meet you”); “mon pa konpran” (“I don’t understand”); or “Kote ki anan en bon restaurant?” (“Where is a good restaurant?”). Luckily many people, particularly those involved with the tourist trade, speak enough English that visitors don’t need to put their knowledge of patois to the test! 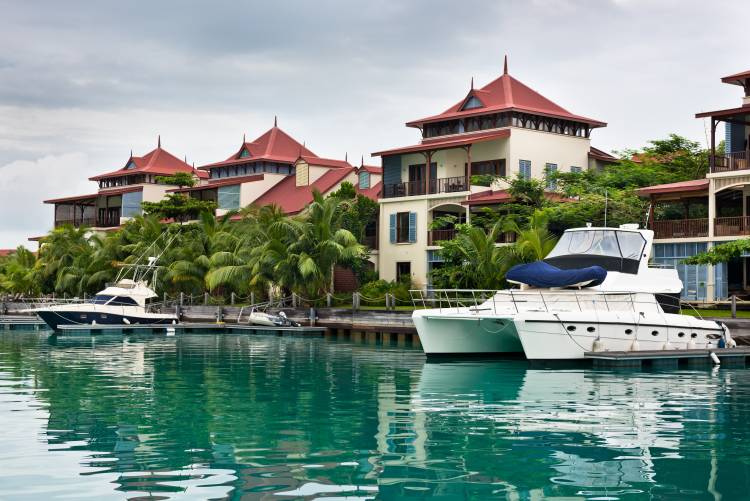 Creole cooking is famous for its exciting flavors and in this, Victorian specialities don’t disappoint! As you would expect from a city located on an island where fishing is one of the biggest drivers of the economy, seafood dishes are popular and common.

Chillies are frequently used to flavour dishes, which typically include locally grown fruit and vegetables such as eggplant (aubergine), pumpkins and green mangoes. Coconuts are also a popular choice. Dishes are a fusion of influences: Asian, Oriental, African and European styles combine to form a style which is both unique and delicious. A wide variety of fruit and vegetables grows in the Seychelles, providing an array of enticing ingredients that form the basis of a varied, irresistible menu. Saffron rice, dhal and coconut curry are all likely to make an appearance on the menu! One of the major attractions in Victoria is the Selwyn Selwyn- Clarke market – a large, open air market where locally grown, fresh fruit and vegetables may be obtained.

No matter what your interests may be, Victoria has something suitable to offer. Benefiting from architecture which has a distinctly French influence, the city includes numerous key historical buildings. Of interest is the Court House (Judicial centre) and the State House, a traditional colonial residence which is more than a century old. Other landmarks include the well-known Hindu temple Arul Mihu Navasakthi Vinayagar and St Paul’s cathedral. Many of these buildings incorporate both colonial and Creole architecture, giving Victoria a unique look, which is completely captivating.

The Victoria Clock Tower at the intersection of Francis Rachel Street and Independence Ave, providing a well-known and much-loved landmark in the city. Victoria, Mahé, Seychelles

Arguably the most well-known landmark in the Seychelles, the Clock Tower, is a miniature replica of the clock tower found on Vauxhall Bridge Road in London (also known as “Little Ben”). The clock tower was erected in 1903, in memory of Queen Victoria following her death in 1901. Made of cast iron, the tower was manufactured by the British Company Gillet & Johnson.

The clock tower has been recently restored by the company that originally created it and for the first time since it was shipped over to the island, it is now in full working order. When shipped initially, the chiming mechanism was damaged; the clock remained only partially working for many decades until Gillet & Johnson fixed it recently. The Clock Tower is situated at the intersection of Francis Rachel Street and Independence Ave, providing a well-known and much-loved landmark in the city. 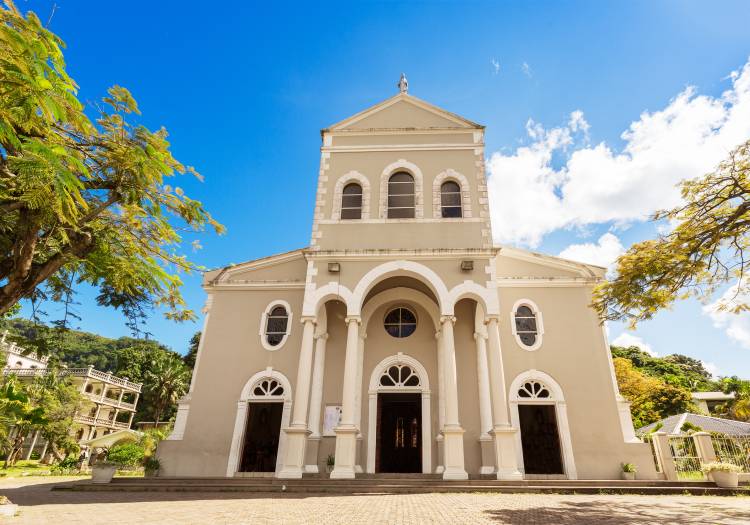 Around 90% of the city’s population is Roman Catholic. When the French founded Victoria, over 20 years ago, they brought Catholicism with them. This has remained the majority religion ever since. Nevertheless, other religions are also represented, including a variety of Protestant sects, Hindus, Islam and more. As well as organised religion, there is also considerable acceptance and practice of, magic. Originating from the beliefs of African slaves, magic is practised in the city by Shamans, as well as by many local people, alongside their other religious convictions. Many island-dwellers believe in ghosts and there are rituals which may be performed when someone in the family dies, to make sure their ghost doesn’t rise.

Modern Victoria not only benefits from a thriving economy, it also enjoys a beautiful coastal location and is surrounded by lush rainforest. Victoria showcases the diverse ecology and stunning scenery of the area wonderfully well. From the chance to see the abundance of wildlife just off the sea shore on a reef cruise, through to exploring the local rainforest, following the Copolia trail for a while or visiting the luxuriant Seychelles National Botanical Gardens. There are plenty of opportunities to discover the diverse flora and fauna of the area. Due to its hot, wet weather, Victoria is categorised as having a rainforest climate. Although the city enjoys around 2000mm of rain a year, it is still warm and dry most of the time, with short-lived heavy showers providing the majority of the recorded rainfall.

Although it is only a small city, Victoria has plenty to offer. During its 240 years of history, Victoria has transformed itself from a colonial outpost to an independent, thriving city that celebrates its heritage at the same time as constantly evolving to meet the challenges of the future. An irresistible fusion of influences, Victoria has many facets which endear it to local people and visitors alike. As well as being an unforgettable holiday destination, Victoria is also home to over 25,000 people, continuing to grow steadily as time goes on. The capacity of the city to adapt to change is one of its strengths, hopefully ensuring its continued success well into the future.

Liberation Monument, known locally as Zonm Lib (Free Man). It was installed in 1978 to commemorate the ‘Liberation Day‘ of June 5 1977, Victoria, Mahé, Seychelles

Colorful facade of a Hindu temple in Victoria, Mahé, Seychelles