If your perception of Miss USA was a group of bimbos with little sense of who they are and where they come from, think again. Mrs. Louisiana USA Ambassador 2017, Melissa Anderson, could not be prouder of her Creole roots, and Kreol quizzed her on both her background and future ambitions.

A year ago, do you think I would be interviewing with Kreol international magazine?” challenges Melissa Anderson. Mrs. Louisiana USA Ambassador 2017 is certainly not shy. She shows a streak of opportunism coupled with a clear determination to succeed.

But even without the accolade of national champion for Melissa, becoming Mrs. Louisiana USA Ambassador 2017 has played a huge part in galvanising her career.

She explains: “It opens up a lot of doors, you know. Since then I’ve had so many sponsors come on, like Hilton Riverside and Cajun Harley-Davidson. The ideal job is to be the USA ambassador. That would be awesome for me to be able to speak about my platform, speak about my Creole heritage say everything about Louisiana that I love.”

You get the feeling from speaking with Melissa that however successful she becomes, she will not stray far from her creole roots. Not only is she passionately proud of her heritage, but she also displays an acute awareness of who she is and where she comes from.

Melissa declares: “I’m proud to say I’m Creole. In the South, people look at it in two different ways. You’re an ethnicity by yourself because you’re not black enough and you’re not white enough. Creoles stick together. Way except both our sides. You know it, it’s a part of me. It’s history, the good and the bad. I can’t change that.”

This is a beauty pageant contestant who has not had it easy, by any means. She was diagnosed with cervical uterine cancer at the age of 21, and saw her brother die from lung cancer at the age of 45. This tragedy was possibly due to the genetics of the family, which Melissa says carry a high cancer risk. She confides that she has moved to eliminate breast cancer risk by having double mastectomy surgery with implants. It seems as though these obstacles have only made Melissa stronger, and has made her appreciate her two healthy kids all the more.

Still young, Melissa has already achieved much more in her life than you might expect from a stereotypical Miss USA contestant. She is a full time surgical nurse, and the founder of a Creole ladies club which gives her the opportunity to build community spirit and solidarity with women from the same background.

And if these circumstances do not point to your typical Miss USA entrant, you might say Melissa’s appearance is also anything but run of the mill, something she is anything but shy about: “I’m all about breaking barriers and stereotypes. Look at me. I’m Creole. I’m curvy. I’m not a size 2. I have the small waist, the big hips, kind of voluptuous look.”

She continues: “I don’t look like the typical pageant girl because I’m not six feet and skinny; I’m curvy but it doesn’t matter because it’s about how you portray yourself inside. If you don’t have a good heart, then that shows on the outside. You can be beautiful but if you’re not beautiful inside, that shows. That’s where I’m at.” 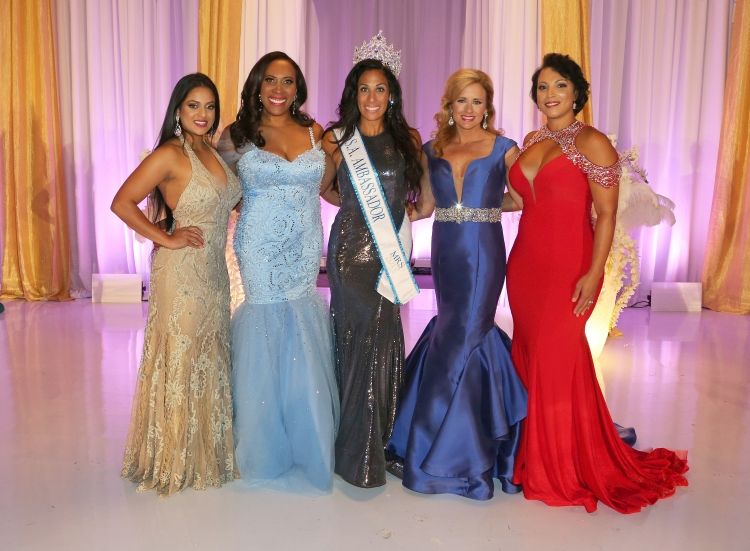 It is heartening to see that Melissa seems to have transferred this self-awareness to her two boys. She sees that they face certain dilemmas in coming to terms with their identity in a world which often divides itself into ‘black and white’, without even meaning to do so.

She hits on a very pertinent question – the place of the creole individual in a multi ethnic society: “The barrier is not being broken. You’re still not black enough and you’re not white enough. They’re stuck. I see that even in my eighteen-year-old. He has his Caucasian friends and he has his African-American friends. Most of the time, hangs with his cousins who are Creole because they relate more together. They understand each other.”

So, what of Melissa’s husband? Many men might be uncomfortable with the idea of their partner being on stage for the whole world to see, despite there being nothing untoward about a beauty pageant. According to Melissa, he takes it all in his stride. She says: “My husband is very supportive. It’s a change for him because I’m so used to being home. Now I must share my time with the community, with my title, promoting their motto, preparing for nationals and being a role model to younger girls. It’s an adjustment but it’s a positive adjustment.”

Melissa with her crown on a Harley Davidson

It is clear to see why Melissa has become such an inspiration, both to the young girls who follow her beauty pageants on Facebook, to the ladies who convene at her regular social club meetings. This is a driven, thick skinned, ambitious woman who knows what she wants, but who in no way is compromising her family values and loyalty to her community – on the contrary, she uses her position to strengthen them.